Emmerich, Germany, November 20, 2018: A total of ten jubilarians and future retirees were honored last Friday at the Museum of Coffee Technology of PROBAT for their decades of service. 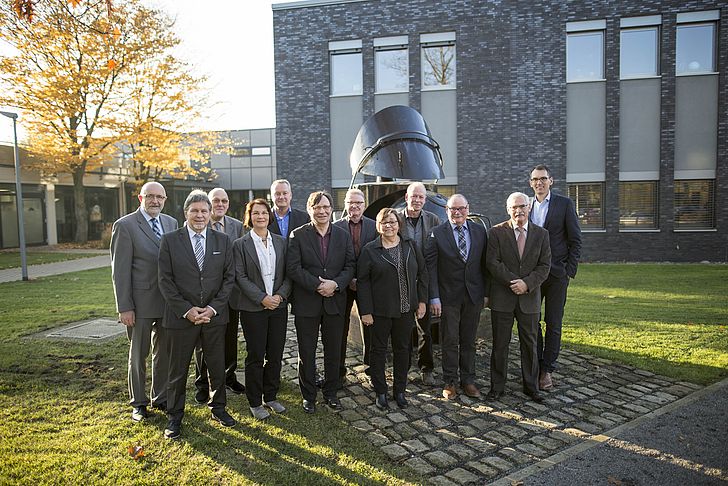 The President and CEO of Probat Wim Abbing and the chairman of the works council Gerhard Gertsen thanked the jubilarians and the departing employees for the good cooperation and their commitment over the years in presence of the invited guests. One colleague celebrated her 25-year-long and six colleagues their 40-year-long employment with Probat, and one jubilarian was retired together with three other colleagues.
At the beginning of his address, Wim Abbing emphasized the great importance the annual jubilarian and farewell celebration holds for him personally and for Probat, especially in the year of the 150th anniversary: “It is the employees that make up the company, then and now. Therefore, it is the stories of people’s encounters and their togetherness that we celebrate today.” Regarding the company’s identity, Abbing is convinced: “Probat is much more than just a machine manufacturer. The passion for coffee, the fascination for technology and the openness of our employees towards our customers is what Probat stands for".

Finally, he turned to this year’s jubilarians and soon-to-be retirees with the request to pass on the know-how they gathered over decades to the following generations in order to secure it for the future.

The chairman of the works council of Probat Gerhard Gertsen directed words of gratitude towards the honored colleagues for their long-lasting loyalty. He wished the retiring employees all the best for their future and appealed to them to take breaks in the new phase of their lives, given the quickly passing time. He emphasized his request with a quote from Wilhelm Busch: “Time goes by at a rapid pace, and we keep pace with it.”

Following the official ceremony, the jubilarians and prospective retirees celebrated with their guests and all colleagues in the social building of PROBAT.