Emmerich, Germany, February 2020: The employees of PROBAT from Emmerich donate proceeds from annual Christmas raffle to a charitable cause: 2,000 euros go to the Aktion Lichtblicke e.V. 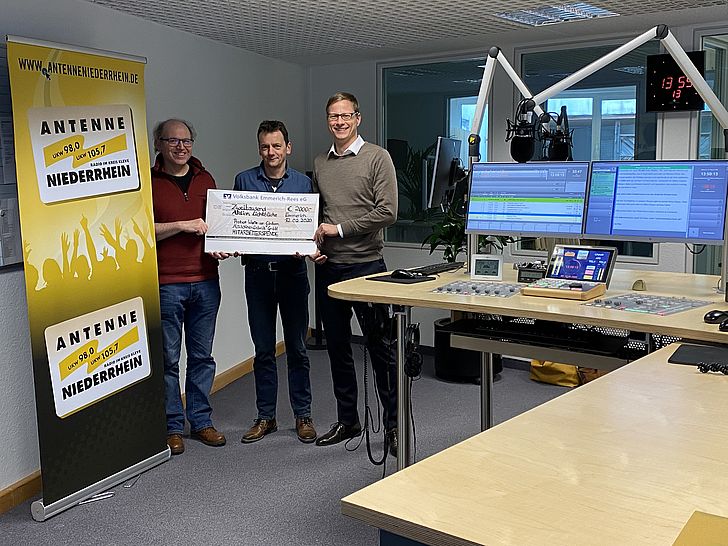 Every year the employees of PROBAT collect donations for a charitable purpose at a raffle that takes place during the Christmas party. In the past, the proceeds went to various locally and nationally operating institutions as well as non-profit associations. This year, the voluntary finan-cial contribution from the PROBAT workforce goes to Aktion Lichtblicke e.V.

The campaign, which was launched by the 45 local radio stations in North Rhine-Westphalia, supports children, young people and their families all over North Rhine-Westphalia who encoun-ter hard times materially as well as financially and mentally. As a family-owned company with a particularly long tradition, especially in the area of its own specialist training, the Emmerich company is particularly concerned about the well-being of children and young people.

Frank Luinenburg, the warehouse manager and CFO Christian Thimm expressed their thanks on behalf of the PROBAT staff in a meeting with the Kleve-based local broadcaster Antenne Niederrhein for the outstanding work of “Aktion Lichtblicke”: "We are very happy to make this donation in order to help those in our region who are facing particularly severe fatalities and who have no lobby for their concerns."