P01 FIRST EDITION
May we introduce? The new P01. Successor of the PROBATINO and youngest member of the P series. An unmistakable design meets cutting-edge technology. That is why we celebtrated the market launch with a special highlight: the P01 First Edition. In collaboration with David Salinas from Department of Brewology, we have created nine exclusive one-off pieces. Hand-painted works of art with which we build a unique bridge from the origin of coffee to the smallest roaster in the P series in three different themed worlds. The new P01 – unlimited creative potential.

DEPARTMENT OF BREWOLOGY
Under the brand Department of Brewology, David creates exclusive designs with reference to the coffee community. The goal is to surprise the community with unique items and statement pieces. At the same time, the company's work supports marginalized groups, both inside and outside the community. As a befriended company, PROBAT has worked with Department of Brewology and David on creative projects for several years.

From the origin to the cup. Floral and tropical elements are smartly combined here with Specialty Coffee graphics. The colorful flora delights every eye. Portafilters, pour overs, and latte art show what preparing a great cup of coffee is all about. Just looking at this roaster is an invitation to create new recipes and profiles that you really want to enjoy. Get your daily inspiration for the perfect roast, as smooth and balanced as this tropical design.

A colorful world of ethnic designs meets geometric shapes. Also, in this series, David proves how to perfectly arrange and showcase shapes, colors, and Specialty Coffee elements. For a harmonic overall impression that looks awesome from every angle. Starting with cultivation, to harvest, over roasting, and then into the cup. The artworks illustrate the value-added process in a very creative way, also considering the seasonality of coffee cultivation – a fantastic decision for every art-loving coffee enthusiast!

A significant step on the way to an excellent coffee: the harvest. With three exciting designs, the artist dedicates to this elementary process. Coffee plants, cherries, and the drying process are undoubtedly the focus of this series. The individual focus elements are accompanied by expressive lines and shapes and rounded off by well-dosed color impulses.

STATE-OF-THE-ART E-VOLUTION
100% electric. Thanks to a unique heating element, the P01 reacts as quickly as a gas-heated roaster. Roasting times and flexibility are directly comparable. Despite its size, the electrically heated P01 is equipped with state-of-the-art technology. It is unmistakably a member of the P series and is fully compatible thanks to the same control system. An ideal solution for consistent and reproducible roasting results.

TEST. TRY. OPTIMIZE.
The P01 is just perfect for roasting smaller batches. Significant technical improvements help in the development of new profiles and enable the fast transfer of new creations to larger roasters.

NEXT-LEVEL CONTROLS
Already proven in practice, now also available for the P01: The P series control system. The benefits? It is so intuitive, user-friendly, and ready to go. Thermocouples document supply air, product and exhaust air temperature. The LCD has this key data available at any time. Just plug-and-play external devices for extended functionality. With its web-based software, no requirements other than a network connection must be met. Recipe transfers within the P series are now easier, just scale up!

MAKE IT YOUR MATCH
Multiple design options are available to make it “your” P01. The new and fresh look can be customized according to individual taste. When it comes to accessories and options, we keep it easy for you. The smallest member of the P series comes with an all-in-one package including temperature sensors, pressure measurement, variable drum speed, software, and cyclone. If you are looking for the perfect machine with state-of-the-art software for roasting smaller batches or developing new profiles – the all-new P01 is your match.

Curious? Questions? We are more than happy to help. Just let us know, send a message and we will get in touch with you. 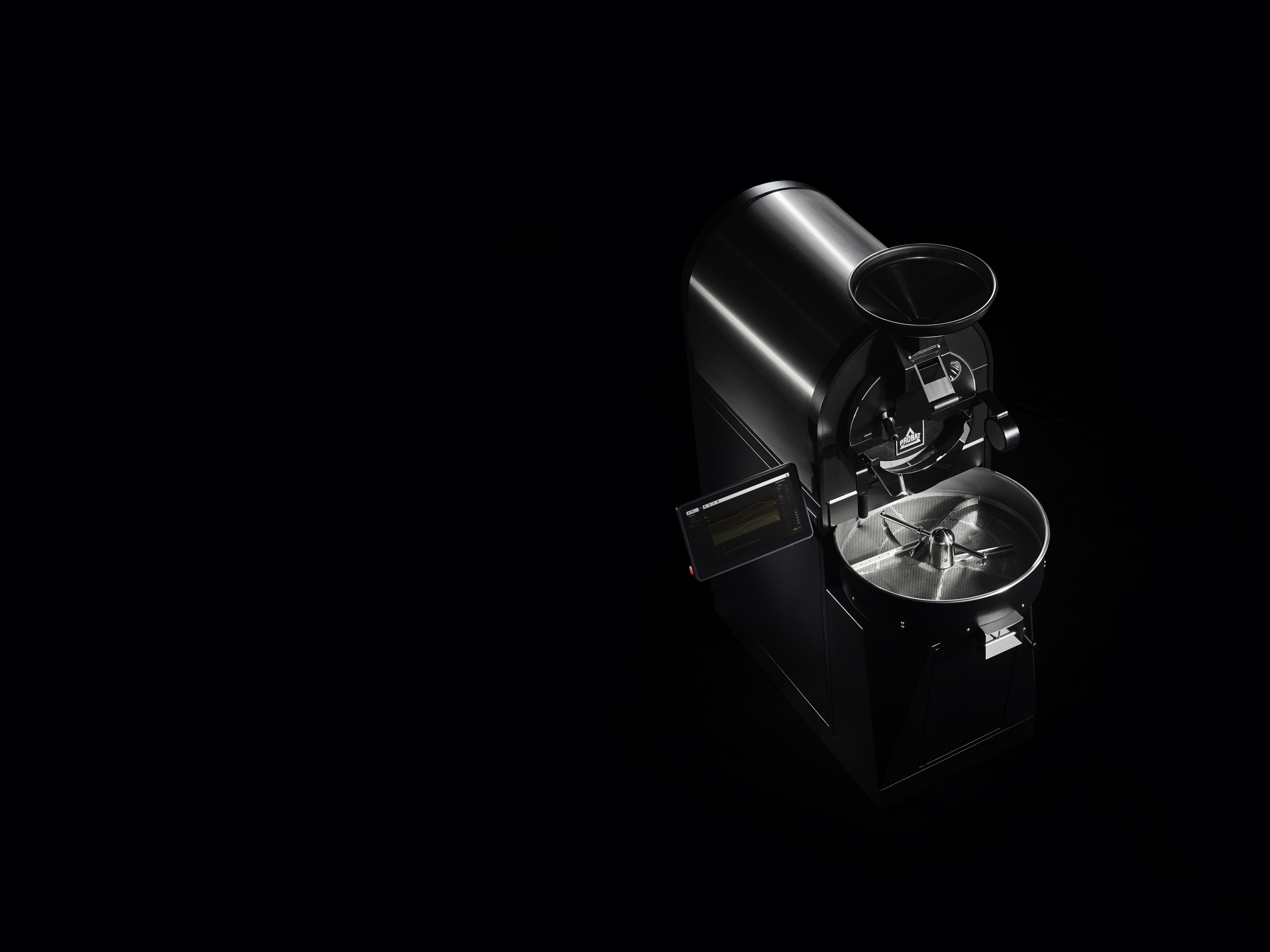