Emmerich, Germany, January 2018: Probat, world market and technology leader for coffee roasting plants and machinery, successfully started its anniversary year with a special celebration dinner for customers and partners during the IICF Awards ceremony on January 19, 2018. 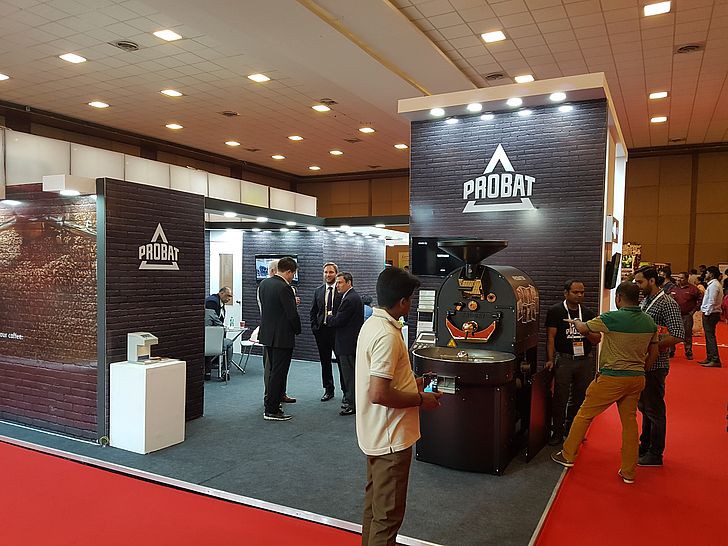 The IICF is this year’s first major show for the global coffee industry and the premier Indian coffee event. Being held at the Lalit Ashok Hotel in Bangalore, the festival provided the perfect setting for Germany-based Probat to kick off its anniversary year. On the occasion of this special jubilee, Probat, together with its Indian subsidiary Probat Kaapi, invited customers and partners to a special celebration dinner held during the IICF Awards ceremony. Showing the company’s 150th anniversary movie, Wim Abbing, CEO Probat took the opportunity to thank all attendants for the excellent cooperation in the past: “For one and a half centuries and four generations of family business we have been offering future-proof coffee solutions worldwide. The India International Coffee Festival provides the ideal surrounding to mark the beginning of the 150th anniversary celebrations of Probat. On this occasion I would also like to thank you for your contribution to our successful partnership in the past.“

Probat - Made in India
Probat has got a long history on the Indian coffee market, going back more than 50 years. In 2012 the company entered a joint venture with Indian Kaapi Machines Ltd., naming it Probat Kaapi. Only three years later, the service and distribution center for the Indian market was turned into a new roasting machine production facility. The Probatone roasters that are entirely assembled at the Probat Kaapi manufacturing site in Bangalore have batch size capacities of 5, 12 and 25 kg, with the same construction specifications and components used in Europe. The fact that the Probatone roasting machines are completely made locally, makes them more attractive for customers in India due to a lot of favorable factors. Also, Probat Kaapi`s high quality service, reliable and fast support is further guaranteed in the well-known kind by Probat`s extensive stock of spare parts and the know-how of its Indian technicians.

Probat at the IIICF Expo
At the IICF Expo, Probat presented a Probatone 12 to the Indian coffee expert audience, visiting the show.With its unique anniversary design, the shop roaster with an hourly output of 40kg was the centerpiece of the Probat booth. During the IICF workshop sessions, conducted by experienced coffee instructors, participants had the chance to build skills in various fields of coffee and interact with specialists. In his handson workshop, Marcel Knitter, Technology & Training Probat, allowed a deeper insight into the issue of “Modern Profile Roasting”, outlining crucial factors for a homogeneous roasting process.

Stay informed about the Probat anniversary celebrations at www.probat150.com

Save the date: Coffee Symposium ‘Connecting Markets’ at the Probat company
headquarters in Emmerich from September 19 - 20, 2018