Emmerich, Germany, August 15, 2022: PROBAT, the world market and technology leader in coffee processing technology, is releasing a limited First Edition of its all-new P01, which will be launched in the context of the well-established POP UP series on August 18, at 2 pm CEST. Harvest, Geometric, and Tropical: The total of nine machines from three different series each feature a unique design by David Salinas from Department of Brewology that makes every roaster in this First Edition truly one-of-a-kind. 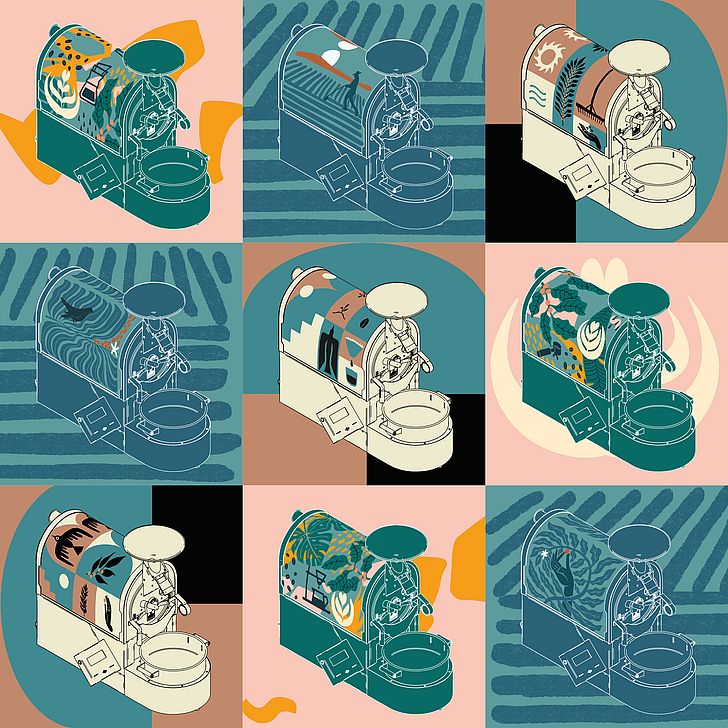 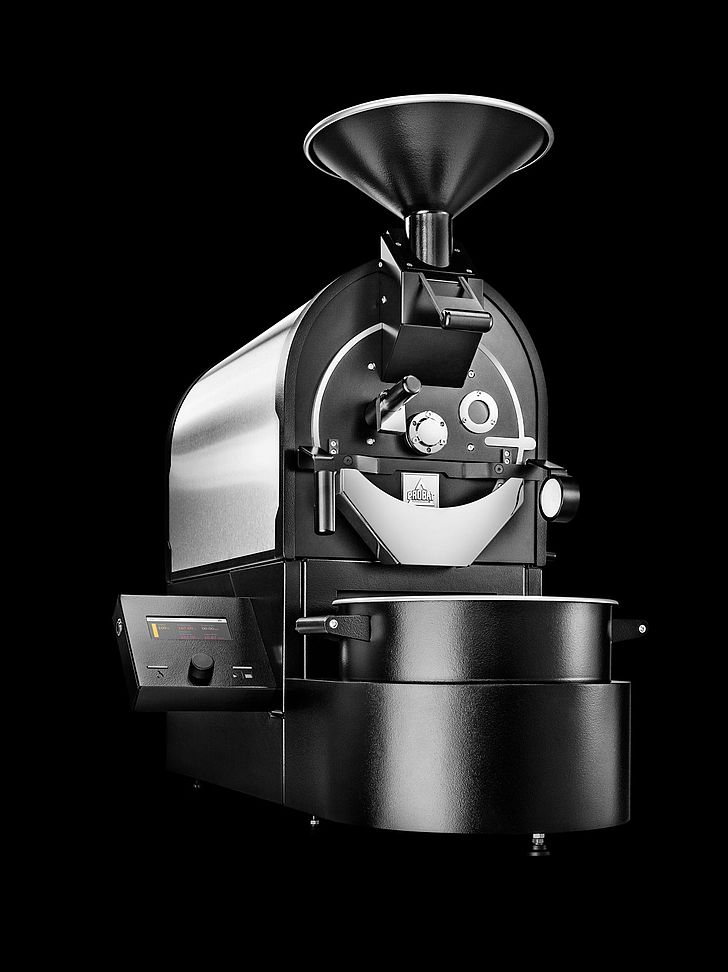 With its roasting concepts for every individual need, PROBAT has revolutionized the coffee industry worldwide. Releasing the new P01, the roasting machine manufacturer now heralds a new era of test roasting and recipe development. The roasters of the Limited Edition are thereby clad in extraordinary designs that reflect the meticulous craftsmanship typically displayed in David’s work. There are a total of three design lines that take up the themes Harvest, Geometric, and Tropical and—with their sophisticated colors and design elements—turn every roaster into an aesthetic work of art, that pays a tribute to the precious resource with which everything begins in the industry: coffee.

All themes revolve around vital steps along the value chain of one of the most beloved beverages worldwide, resulting in three main designs: Where it all begins—the artist dedicates the three exclusive designs of the Harvest series to the elementary process of picking coffee. Clear lines, meaningful symbols—the artworks of the Geometric series illustrate the life cycle of coffee in an unambiguous style. From seed to cup—the Tropical series skillfully combines tropical floral elements with graphics depicting typical preparation steps.

And also the PROBAT engineers have gone to great lengths, to make the successor of the PROBATINO also a technological masterpiece. Equipped with the same inspiring technical features, the new electrically powered P01 is in almost every aspect a miniature version of the larger members of the P series roasters. The visionary web-based control system of the new shop roaster enables the safe and automatic reproduction of all stored settings via recipe management. The roaster's unique electric hot-air blower allows for the same flexibility as a gas burner. And to help master roasters get the most out of their coffee beans, the P01 comes standard with various thermocouples and variable drum speed control. With its batch size capacity of one kilogram, the P01 is the ideal choice for grading green bean quality and perfecting small quantities of roasted coffee, thus offering indispensable support in quality control and product development processes.

PROBAT Product Manager Julian Pöpping can’t wait to present the new shop roaster to the global coffee community: “We are thrilled to release the new P01 to the market with this limited First Edition. In terms of functionality, the roaster is on par with the other models in the P series and delivers equally outstanding roasting results. In the Limited-Edition version, the P01 is also the perfect visual match for any roastery that has uniqueness in its DNA.” David Salinas explains the idea behind the First Edition concept: “There was a lot to consider when conceptualizing the designs. Basically, I wanted them to reflect and celebrate coffee culture holistically. So, all these designs are centered on cultivation, harvesting, and processing and I hope they will serve as a constant visual reminder of our connection with the people who often go unrecognized on the other side of the coffee supply chain.”

The P01 limited First Edition roasters will be available from launch day on August 18.

Read all about the limited First Edition of the P01 on the campaign’s microsite, which will go online with the launch event on August 18: Shop Roaster | Probat